The attachment pt3_hud_v0.1.zip is no longer available 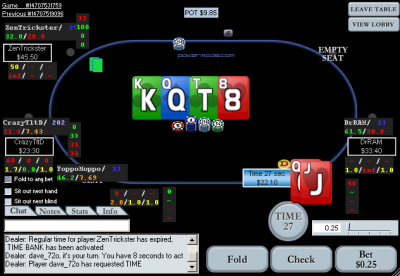 Instructions
Post questions. I am tired, but I wanted to get this up - it has been too long waiting, sorry ...

EDIT BEFORE TIMEOUT:
DO NOT pester Josh or AP10 if you are having difficulties with this - pester ME - they have more important things to work on

(post here, PM me here or on 2p2) DO NOT share this code outside of the PT3 Alpha testers PLEASE.
The attachment pt3hud.png is no longer available 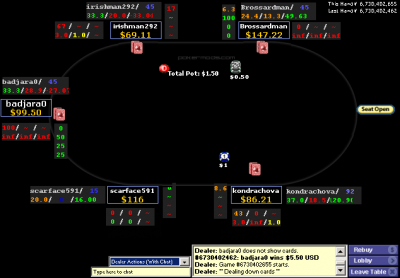 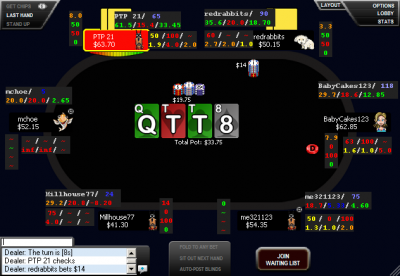 Looking forward to trying this out. Putting the final touches on the next alpha, so I don't have time to try it out now, but I will first thing in the morning. Looks good. Nice work.

Cool, I hope you like it, and more importantly I hope it helps us get faster progress in the spotting of missing info / stat errors. I know if I wasn't messing with this I wouldn't have noticed the 3bet / cbet / river aggression factor things

I had wanted to get some more of my ideas in here to inspire the future PAHUD, but a lot are not implemented yet - the only things in here are vertical combined stats (awesome imo) and drag-and-drop layout (a lazy way to avoid coding a layout manager:) ) - hopefully I will get some of my other ideas working.. and hopefully others will suggest some cool ideas too

Of course anything I implement in this, you have license to implement in future PAHUD - I figure that goes without saying - but I'm saying here just to confirm

Nice work dave! How does it run on multiple tables? Fairly well?

APerfect10 wrote:Nice work dave! How does it run on multiple tables? Fairly well?

I've been 12-tabling with it for the last 5K hands

- I didn't want to post until I could at least do that! I had some troubles before then with maxing CPU usage, but those are now much less of an issue - who'd have thought transactions would make such a difference lol

I have only been running a small database however (~40K hands) - and I've not sorted self (session) stats yet - so I look forward (with concern) how it will perform on a decent size database...

EDIT:
I'll post detailed instructions (how to make stats / configure the panels etc.) tomorrow - it's gonna take me some time to put in to text.

Oops, I should have changed those to the defaults -

You will probably have to set "pt3_database_host" to "localhost", and set localhost authentication method to "trust" in "pg_hba.conf".

Welcome to the wonderful world of text file config

Plz get some FTP support as that is the site I've mostly been playing on.

Edit: Obv talking to PT3 first of all and then when they support it so can you

ty will try when i get home

Plz get some FTP support as that is the site I've mostly been playing on.

Edit: Obv talking to PT3 first of all and then when they support it so can you

At least for PT3. I am not sure how long it will take dave to add support for the HUD.

Sweet stuff, awesome work dave. Will try this out tonight.

Return to General [Read Only]

Users browsing this forum: No registered users and 10 guests